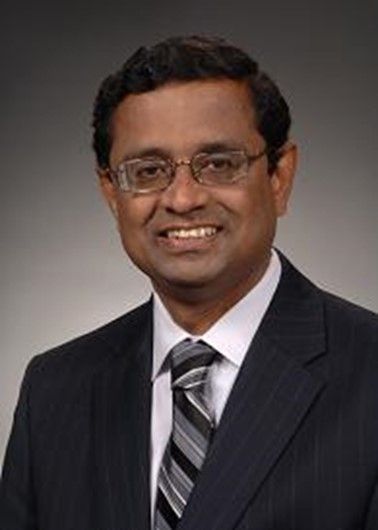 Dr. Sudarsan Rachuri is a Technology Manager in the Advanced Manufacturing Office, EERE, and DOE. He is the Federal Program Manager for the CESMII. Before joining DOE, he was the program manager at the National Institute of Standards and Technology (NIST) and also a research professor at George Washington University and worked in the CAD/CAE/PLM software industry.

Dr. Rachuri is a Fellow of ASME and AAAS (American Association for the Advancement of Science).   Dr. Rachuri received the 2016 ASTM International President’s Leadership Award. Dr. Rachuri won first prize in the 2017 World Standards Day (WSD) Paper Competition, awarded by The Society for Standards Professionals. Dr. Sudarsan Rachuri was recently honored with the Excellence in Research Award by the American Society of Mechanical Engineers (ASME) Computers and Information in Engineering (CIE) Division.